The University of al-Qarawiyyin – also known as  Al-Karaouine or Al Quaraouiyine – is found in Fez, Morocco.

With roots going back to the 9th century CE, this ancient educational institution was a leading spiritual and educational centre during the Islamic Golden Age. In 1963, it was incorporated into Morocco’s modern state university system and officially renamed “University of Al Quaraouiyine” two years later.

Today, the University of al-Qarawiyyin is especially renowned for its courses and programs for Islamic religious and legal sciences, and for Classical Arabic grammar and linguistics. When it comes to Islamic jurisprudence, the university teaches Maliki Sharia – one of the four major schools of Islamic jurisprudence within Sunni Islam.

Examples of subjects on offer that are not Islamic are French and English language studies.

Teaching at the University of al-Qarawiyyin still relays heavily on traditional methods.

The student body is chiefly comprised of students from Morocco and other parts of Muslim West Africa. Female students were first admitted to the institution in the 1940s. In addition to offering university-level education, the university also have a lot of students studying towards a high school-level diploma. 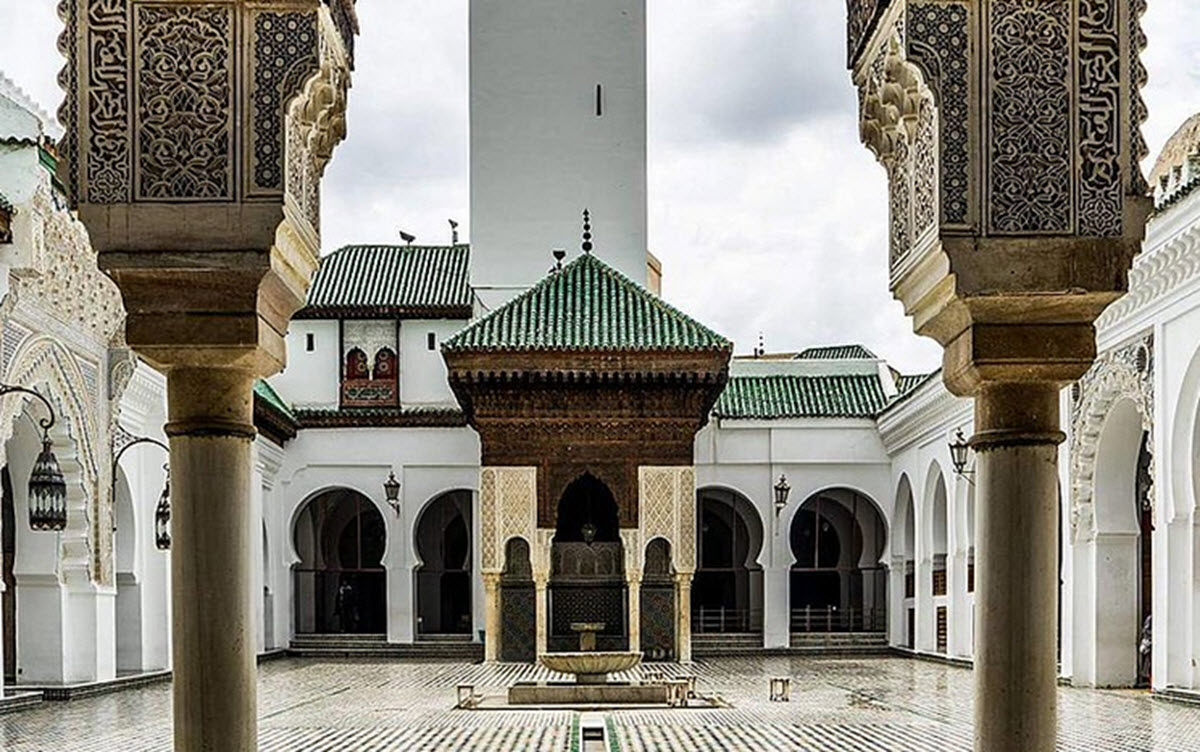 Teaching at the university is normally carried out in the traditional fashion, with students seated in a semi-circle around a teacher (sheikh) who prompts them to read sections of a text. The sheikh will then ask them questions and explain difficult points.

Prospective students must be Muslim, must be proficient in classical Arabic, and must fulfil the requirements of Quran memorization, and also memorization of certain shorter medieval Islamic texts on grammar and Maliki law.

The student body is chiefly comprised of students from Morocco and other parts of Islamic West Africa. Of the students that do not come from West Africa, quite a few hail from Muslim Central Asia, and the school is also popular among Spanish Muslim converts.

Most of the students are studying towards a high school-level diploma or a university-level bachelor degree.

Muslims with a sufficient level of Arabic are permitted to attend lecture circles on an informal basis if they are visitors “in search of [religious and legal] knowledge”.

The university has its roots in a mosque founded in Fez in the 9th-century CE, when Fez was the capital of the Idrisid dynasty. According to legend, the mosque was established by Fatima al-Fihri, the daughter of a wealthy merchant, in 857 or 859 CE.

During renovations of the mosque in the 20th century, a foundation inscription in Kufic script was discovered under layers of plaster. According to the inscription, the mosque was founded in Dhu al-Qadah 265 AH, which corresponds to July – August of 877 CE. 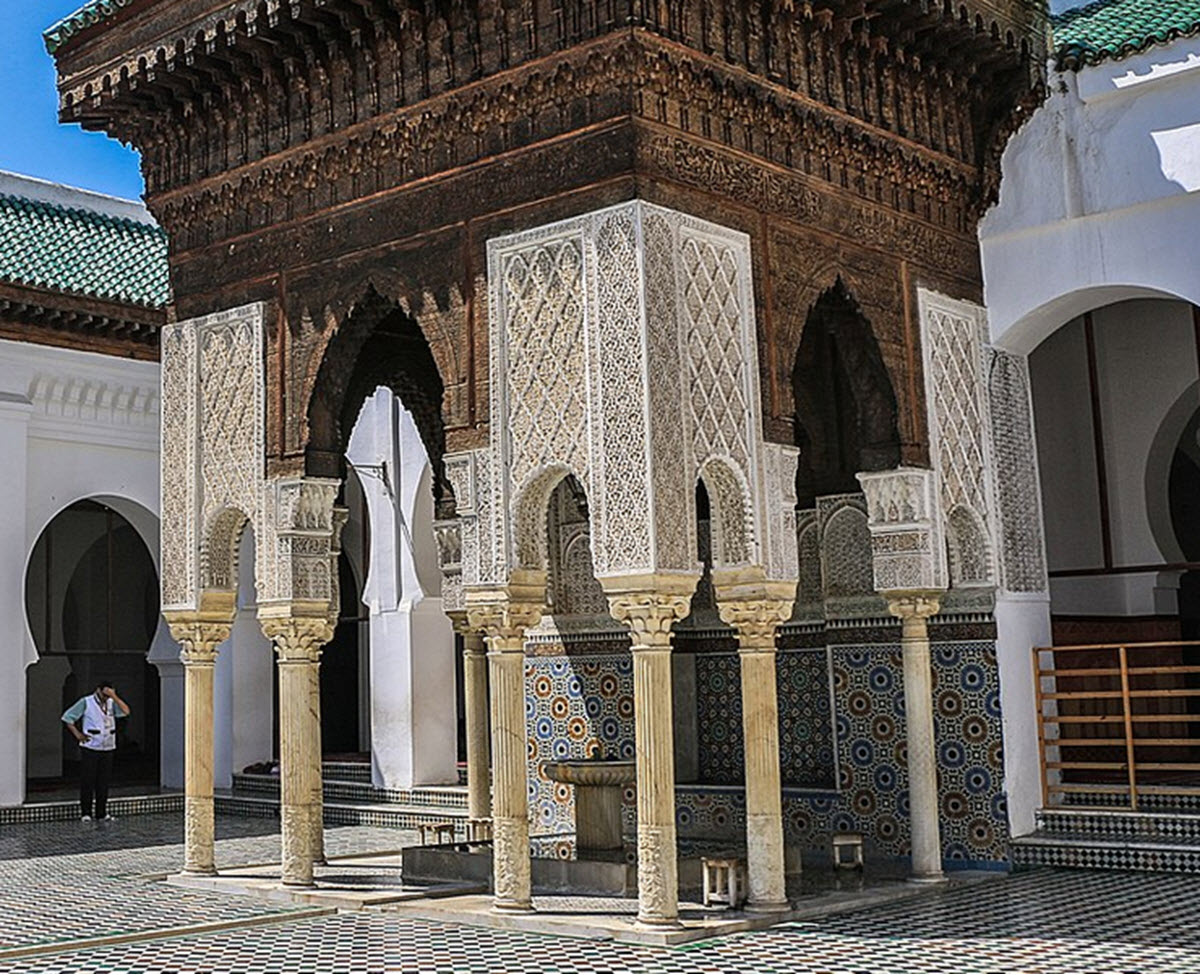 It is likely that at least some teaching took place at the mosque from its beginning, as major mosques in the early Islamic period are known to have been multi-functional buildings for both religious and civic activities – including teaching.

We do knot know exactly when al-Qarawiyyin began to act as a more formal educational institution, but research by the Moroccan historian Mohammed Al-Manouni indicate the mosque may have acquired its function as a formal teaching institution during the reign of the Almoravids (1040–1147).

The Morrocan historian Abu al-Hasan Ali al-Jazna’i, who lived in the 14th century, wrote that teaching had taken place there before his time.